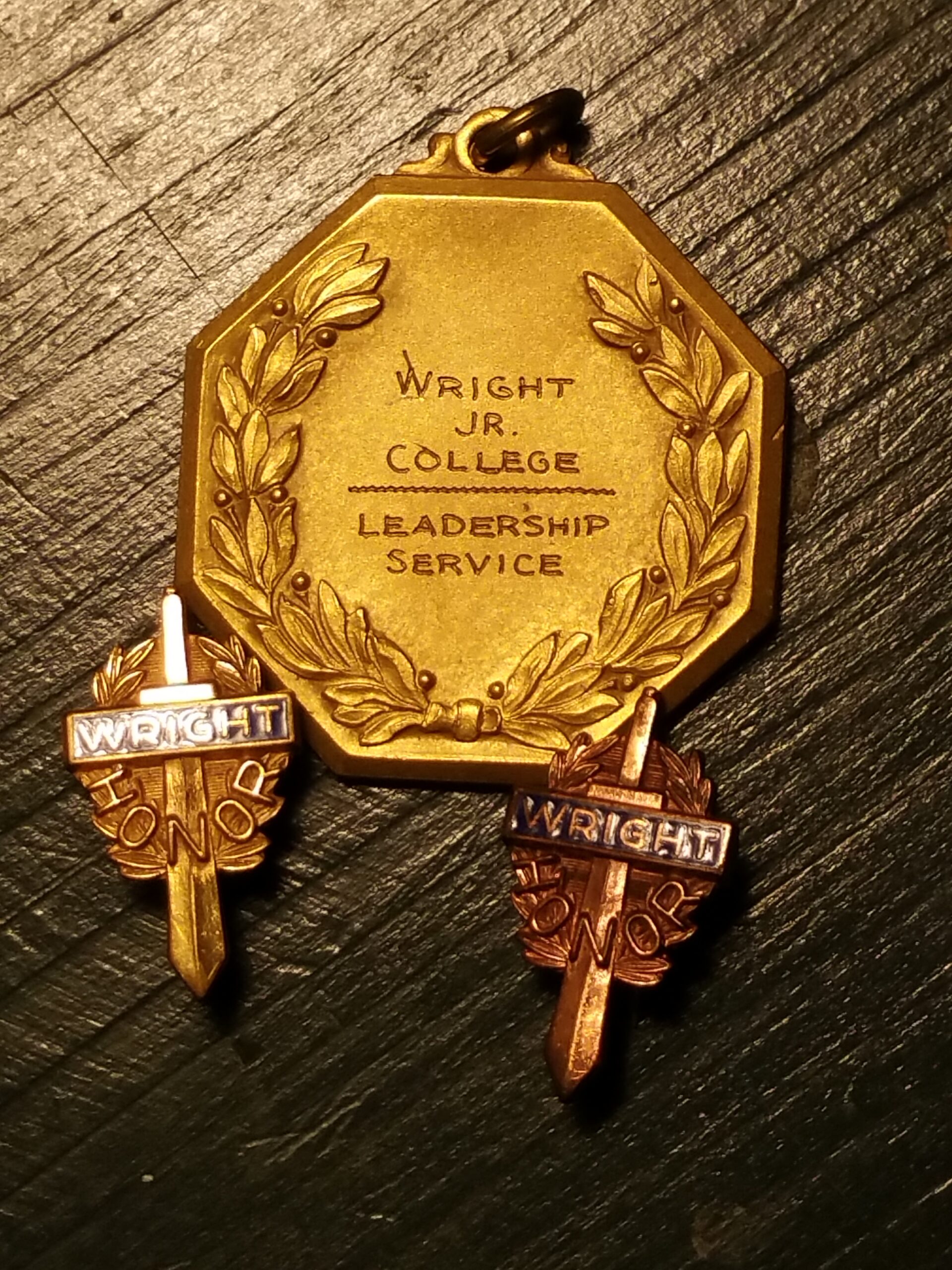 11/12/17 No prayer of either of my parents, just a story about connections

“Busman’s Holiday” The term derives from the assumption, in the old days that most people used buses as a mode of transportation, therefore, a man who drove a bus for his vocation, would also take a bus to go on a vacation holiday.

It made me wonder if the bus driver enjoyed not being in the driver’s seat, or if he was quite anxious. Like my father when he taught me to drive, and truthfully for years later, his right leg would still reflexively brace at each driver’s decision point. Keep in mind, I was over 50 years old and he still couldn’t relax if I drove.

I wondered if the bus driver would gaze out of the windows in awe at the landscape with his full attention, or if he would be so used to the scenery that he would nod off to sleep?

My “busman’s holiday” was via a plane, not a bus. What prompted the trip was to visit an exhibit related to my work, but it was not a work trip. It was a vacation in the full sense of the word. I planned it. I scheduled it. I paid for it. I did what I wanted when I wanted.

Yet, during my visit, I took rabid notes of great ideas that I heard about from the people I met. You never know where a new idea will come from or prove useful, but if you stay back home in your office all the time, ideas rarely come and fall out of the sky.

During the course of this trip, to Richmond, Virginia, I stumbled upon ByGones Vintage Clothing, a fantastic vintage clothing shop. Realizing that the display cases of jewelry looked like the inside of my collection inherited from my mother and grandmother, I asked if they also bought jewelry. She responded yes, send a picture.

Frank Lloyd Wright? That would make sense, it was Chicago after all.

But no, the college was named for Wilbur Wright, elder brother of the Wright brothers, inventors of experimental aircraft and the “fathers” of modern flight.

It turns out that Wilbur, the more athletic and outgoing of the two brothers, had his front teeth knocked out when he was a young pre-teen. He became withdrawn and bookish after that. He never finished high school. His brother, Orville, dropped out after his junior year to start a printing business.

Yet, regardless of their lack of graduation regalia, they went on to tenaciously pursue making a flying machine, a quest ignited in childhood by a gift of a helicopter toy from their father.

Their early realization that controlling aerodynamics of the machine safely, drove many of their latter decisions and research. They were not foolhardy. They did not want to die in their quest. They built wind tunnels to test models and checked others’ calculations. And they observed how birds controlled their wings to fly.

On the backside of the Wright Junior College Leadership Service award medal (pictured, above) is my mother’s name engraved with the date. Now that I know of the tenacity, brilliance, humility, and bookishness of this man, I am not surprised that my mother received this award. She was diligent at any task before her and she did it without needing the limelight, but her enthusiasm always invited others to try something new.

What if Wilbur hadn’t had his teeth knocked out? What if he’d gone on to Yale as he planned? What if his father hadn’t given him a toy helicopter? The path of modern aviation may have been drastically different.

Our lives turn on major and minor hills, valleys and mountaintops. Undulations, obstacles we see and air flow we can’t see are guiding course change. We have to trust the control to the Driver and the Pilot, the Author of our story.

The circuitous path of stumbling on new things I didn’t know I was interested in learning about is not original. Before such serendipitous scrolling was ascribed to having ADHD or a “senior moment”, another Chicagoan, Sydney J. Harris (September 14, 1917 – December 7, 1986) a journalist, had a feature called, ”Things I Learned En Route to Looking Up Other Things.”

There was no comment or index card for the original entry for this date. Only the sub-heading and the link, below.

The blog link gives a terrific backstory to the title i have used. Sadly, there is not much readily available content of Sydney J. Harris’ to read online.

I did not conduct a thorough search, but enough to realize if I kept at it, I would not get anything else done today. So, I will put it upon you to go hunt down his books, or if you are blessed, your mom has a box of slightly stinky newspaper clippings (mine still smell of cigarettes) that you can peruse. And then you will understand why Sydney J. Harris was renown for writing interesting columns about one thing that he inadvertently discovered while looking up something else.

That happens to me every day, it’s called getting distracted online.

“This” is this blog, this collection of my parents’ prayers on index cards and then my reflections, comments, and consternation over content I can’t comprehend.

It is now 2020 and I feel no more clear on seeing the end of this than I did when I started. It seems I have only begun to unearth my parents’ written word. While Dad’s were neat on index cards, Mom’s were essays written in longhand in spiral notebooks on lined paper. She was prolific. She was meticulous. She then typed them up . . . on a typewriter. 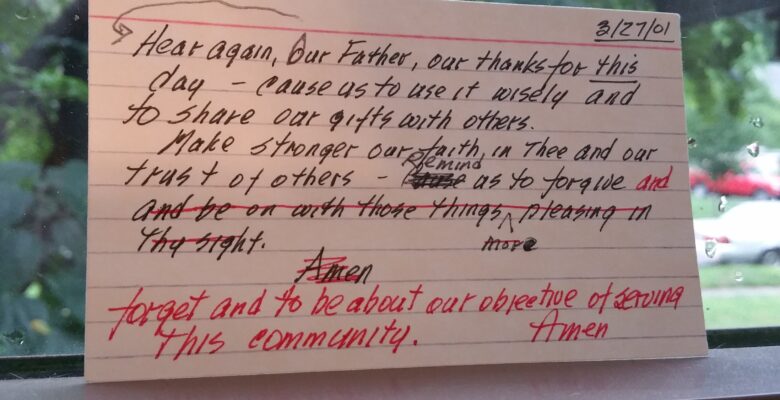 Our Father, hear again our thanks for this day - cause us to use it wisely and to share our gifts …